Study concludes Crush the Crave has potential, but needs tweaking

With the trend of an app for just about everything these days, a team of researchers from several universities, examined the success of a mobile app designed to help young adults quit smoking.

UBC Professor Joan Bottorff, director of UBC Okanagan’s Institute for Healthy Living and Chronic Disease Prevention, says while there are more than 500 mobile-based programs to help people quit smoking, little is known about the role these apps play in the overall smoking cessation picture.

Crush the Crave is an evidence-based app that has quitting strategies built into it to help avoid succumbing to smoke cravings, explains Bruce Baskerville, one of the app’s developers and a senior research associate with the University of Waterloo.

An earlier study of its effectiveness, led by Baskerville and funded by the Canadian Institutes of Health Research, involved a randomized controlled trial to determine whether it helped young adults, aged 19 to 29, quit smoking.

Bottorff, a professor in UBC Okanagan’s School of Nursing, says while the app worked for some study participants, it didn’t have the results the researchers were hoping for.

“At the end of the day, results showed that the app was feasible for delivering cessation support but was no better than the paper-based self-help guide that participants in the control group were given,” says Bottorff. “It still helped and it’s another alternative method to support smoking cessation. We need different ways to reach people and this is another tool in the toolbox.” 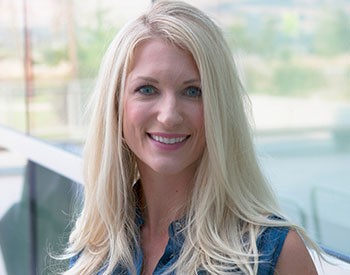 PhD student Laura Struik is a lead author on the study.

Young adults make up the largest number of people who smoke in Canada. While the national average is 14.6 per cent, Struik says that 19 per cent of people aged 20 to 35 smoke.

“One of the greatest benefits of this app is the great reach potential it has,” says Struik. “The target audience is young adults, and that age group’s use of smartphones is ubiquitous, giving this specific app huge potential. So it is important to understand what worked and didn’t from the perspective of users, to guide future improvements.”

For example, Struik notes that one of the main criticisms was that the social media space in the app led users to protect their identity, largely due to its public status.

“While support for connections with other users was wanted, the way it was offered in the app did not align with young adults’ desire to avoid stigmatization and judgement related to their smoking.”

On a positive note, Struik found that the tracking features in the app proved to be one of the strongest aspects. She also says users appreciated the way the app displayed the health benefits of quitting on the body.

“These benefits were tailored to each individual and displayed via statistics, such as percentage of lung health improved,” Struik says. “Because the impacts of smoking are otherwise invisible, users valued this feature, saying it helped them better understand the connection between smoking and health at their age.”

The innovative approach Struik used in this study provides a new way to share understanding and capitalize on effective platforms that support smoking cessation. The qualitative study was published recently in JMIR mHealth uHealth.

“Regardless of whether these apps remain or not, the effective mechanisms in the app, such as documentation and visibility of quitting benefits, will likely hold their value for this population,” Struik says. “This study contributes to understanding what features have the most promising potential for mobilizing quitting smoking and then helping developers scale up these interventions.”

UBC’s Okanagan campus is an innovative hub for research and learning in the heart of British Columbia’s stunning Okanagan Valley. Ranked among the top 20 public universities in the world, UBC is home to bold thinking and discoveries that make a difference. Established in 2005, the Okanagan campus combines a globally recognized UBC education with a tight-knit and entrepreneurial community that welcomes students and faculty from around the world. For more visit ok.ubc.ca.